DJiT, a major player in the music on mobile industry

Since its last fundraising of $2,5 million in 2013, DJiT has reinforced its presence on the Apple, Google and Microsoft App Stores, releasing 8 new apps all based on the same technological core as edjing Mix, like Equalizer+, Bass Booster, EQ or YouSing. Several times rewarded for the quality of its products and the robustness of its development, DJiT has received many prizes including the ‘Top Developer’ label - issued by the Google Play team - that rewards the best Android app publishers in the world. More recently, the startup has been selected by Apple among 350 000 app editors to be associated with the launch of the iPhone 7. A well-built strategy that led DJiT to set a new record last August, with more than 3,7 new users registered in only 30 days. With more than 80 million downloads, DJiT is now ranked among the world’s top 10 leading music app publishers.

DJiT has recently decided to take advantage of its experience in software development to widen its offer and complete the usage of its apps with connected objects. The company successfully met this challenge with the release a few months ago of Mixfader, the first connected crossfader to mix and scratch, compatible with the edjing Suite apps. Already available worldwide on its e-shop and in famous french stores such as Boulanger, Colette, Lick and Fnac, Mixfader will soon be available for purchase in European stores before going worldwide.. By positioning in both categories - software and hardware - DJiT demonstrates its willingness to create a real music ecosystem and shows its ambition to become the first french unicorn of the music sector.

With new high-powered business angels coming from the music industry, the startup becomes closer to the dominant players in this market. Thus, Jean-Charles Carré, Manager of David Guetta, and the famous DJ and producer Martin Solveig are now part of the new advisory board. This will enable DJiT to enlarge its product range, develop its international partners network and accelerate the ongoing negotiations. DJiT is also glad to welcome Stéphane Bohbot, the founder of Innov8 Group, leader in 2.0 retail and connected objects, as a shareholder. His expertise will help boost Mixfader business development.

Jean-Baptiste Hironde, CEO of DJiT : “Our ambition is to make DJiT the first app and physical products ecosystem fully dedicated to music. This strategy led us to be one of the the best candidate to become the first french unicorn of the music sector”.

Stéphane Bohbot, founder of Innov8 Group : “I am thrilled to join DJiT, a company that has a unique technological know-how that combines both world-renowned mobile apps and connected objects, such as Mixfader, which will create new uses for the general public”.

Jean-Charles Carré, Manager of David Guetta : “I am very proud to join the board of DJiT. Thanks to my experience in the music and djing sector, I intend to help Jean-baptiste Hironde and his team to go further in the strategy and development of their apps and connected objects. edjing and Mixfader are already a resounding success.”

Martin Solveig, DJ and producer: “This is the very first time that I meet a team that proposes new music apps I immediately adopt. My experience as DJ and producer combined with the know-how of DJiT will lead us to do great things together.”

Didier Soucheyre,  CEO of XLR Capital : We are delighted to join DJiT. The high quality of the products and the technologies developed by the R&D team should ensure a bright future for this successful startup.” 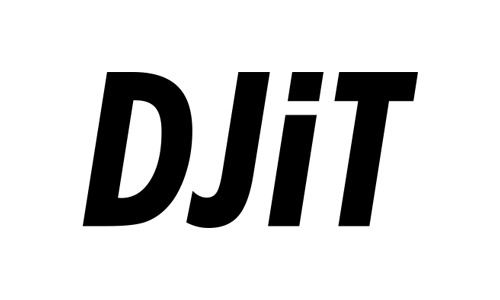