Mixfader World Battle, the new must of the portablism movement

Few weeks after having announced the release of its first scratch record, Mixfader shows once again its willingness to support the portablism movement with the creation of its first portable scratching contest, the Mixfader World Battle (MWB). Over the last months, this movement - that has contributed to the success of Mixfader - has become a widespread phenomenon among the scratch scene by enabling DJs to express their art anywhere they want. The MWB continues to fuel this portable scratching movement, turning it into a real new discipline with its own scene. And with the participation of DJ Odilon as the official beatmaker of the contest as well as world renowned DJs as judges just like DJ Excess, JFB or Ugly Mac Beer, the brand has surrounded itself with some of the major  names of the domain for the organization of the competition.

The MWB is an online competition focused on scratching with a portable scratch setup and, as its name indicates, a Mixfader. Each participant will upload a short video of them scratching with a beat of their choice directly via the competition website. After an initial selection  of 8 candidates, three other rounds will enable to decide between the remaining DJs who will go head to head. For these three rounds, candidates will compete with imposed beats, especially produced by DJ Odilon for the competition. All practical information, conditions for participation, rules and results will be available in the Mixfader World Battle website.

A great panel of Judges

Every scratch performance will be assessed by a panel of 8 judges, among whom key actors of the scratch scene such as JFB, three times UK DMC Champion, Mr Switch, DMC World Champion or DJ IQ, multiple IDA and DMC Champion.

Cash prize of 4500$ split between the first three winners as well as many other rewards provided by the sponsors of the competition. 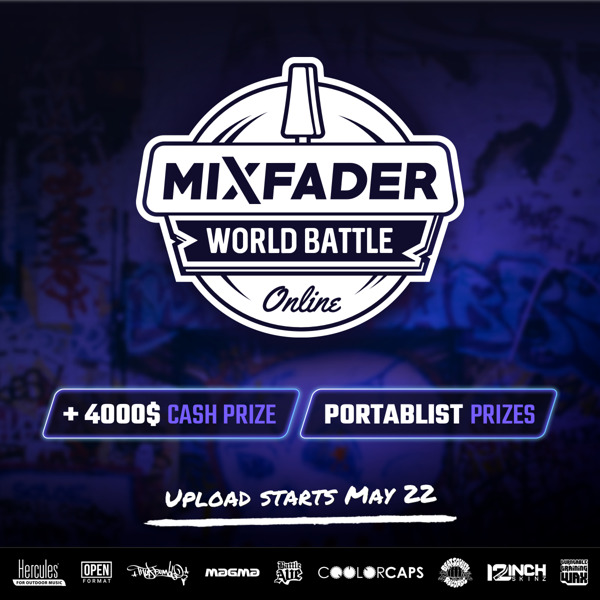