One year after having released its first connected object for turntablists, DJiT reinforces once again its presence on the scratch scene by unveiling its first scratch record in collaboration with Battle Avenue and DJ Excess. A logical follow-up to the huge success of Mixfader that has opened new possibilities for turntablists by enabling users to scratch with a wireless crossfader. Few months ago, the DJiT team had already created a loop pack store made by pro DJs such as DJ Fong Fong, Ugly Mac Beer or Open Format for its customers. Then, the team had released the Mixfader Dock - a dock that enables to replace the switch of the PT01 Scratch by Mixfader - in partnership with Numark. Now, with this first scratch record, the brand aims to position itself as a key actor in the portablism sector.

Killable Syllables, a pun that tells a lot

Produced by the legendary turntablist DJ Excess, Killable Syllables proposes scratch tools that allow users to be both musical and technical in their flow. The production plays with samples as it plays on words: Killable Syllables has been created for scratch DJ's and portablists to be able to cut and manipulate phrases that challenge all levels and types of scratchers. In other words, "Kill the syllables". Available in limited edition, the vinyl will be on sale in a handful of resellers that have been carefully selected in United States and in Europe (see list below).

The Killable Syllables Tour: DJ Excess will make the show

The release of Killable Syllables comes with a worldwide promotional tour. Through unique video content, special events, and Battle Ave's creative direction, Excess will be on tour showcasing his new vinyl on various platforms such as: scratch sessions, showcases, and streaming LIVE events. As an official Mixfader Ambassador, Excess plans to execute all of his showcasing using primarily a Mixfader and Portable Turntable. The Killable Syllables Tour will start on April 23rd in Houston (United States) during an outstanding portable scratching session. Several other dates will follow in European cities like Paris (France), Brighton (United Kingdom), Mannheim (Germany), and Oakland (United States). More dates and countries might be confirmed soon.

Killable Syllables will be on sale for $25.

Excess is 1/4 of the world renowned Ned Hoddings, a legendary turntablist based group that has toured the world promoting the turntable as an instrument. He’s won battles, produced several records and commanded stages in different countries. His artistry behind the turntables has earned him numerous accolades throughout his career including features in URB Magazine’s “Next 100″ issue, which featured the top 100 up and coming electronic musicians and entertainers of the year. Excess was also featured in numerous publications such as: Newsweek, Scratch, The Source, XXL, and Fader.

Since 2002, Battle Avenue has focused on cultivating a lifestyle brand that represents a specific sub-genre of DJing, the turntablist. Through creative content and original ideas, Battle Avenue has managed and coordinated projects for an array of companies, events, and artists in the DJ Industry. Their high quality videos have given them the opportunity to work with prestigious DJs and organizations such as: Thud Rumble, Stokyo, Mixars, DMC, Serato, 3Style, GoPro, and many more. They’ve also coordinated events such as they’re famous scratch battle the, “Cut2Cut”,  around the entire USA, Europe, Canada, and Asia. From music to fashion to events Battle Ave. has become a staple for the community to rely on for an educated and honest representation of turntablism culture. It's always been tough to describe Battle Ave. as one specific category. Their best answer for anybody who asks is simply that they are about battle DJ culture and are doing their best to document every aspect of it. 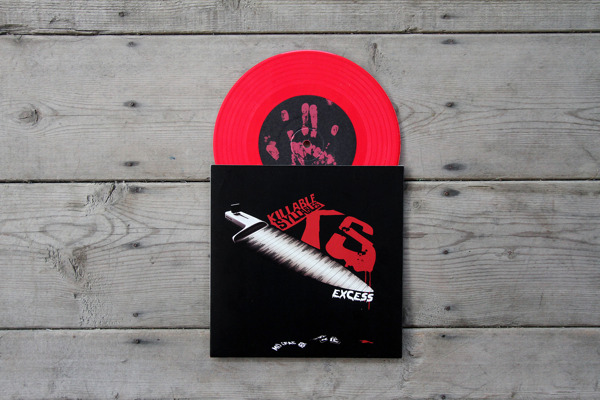